Kirie Kojima (小島 桐絵 Kojima Kirie) is the tritagonist as well as one of the major characters in the anime and manga series Girls Bravo. She is the next door neighbor, classmate and childhood best friend of Yukinari Sasaki. In the anime, she is the love interest of Kosame.

Kirie has neck-length brown hair that has bangs hanging on the right side of her face with a small traingle-like hair clip on the left side and brown eyes.

Out of all the girls in the series, Kirie has the most developed body and the most notorious aspect of this being her prominently large breasts where she has G-cups as measured by Kazuharu Fukuyama's automatic measuring machine in his elevator and the machine was destroyed by Kirie after it used digital software to render her naked. Because of her body, she is a constant target of Fukuyama's perverted plots as well as of Kosame's attempts of seduction.

Kirie is known for being extremely violent and aggressive as Yukinari Sasaki even commented on her tendency to "punch first and ask questions later." Though aggression is usually her initial response to (what she perceives as) Yukinari's so-called perverted actions or intentions, she has been known cool down and apologize after hearing a proper explanation. Also, despite her rather aggressive attitude towards Yukinari, she has shown that she is willing to defend him. Although Kirie has also been in love with Yukinari for some time, she unable to confess her feelings. Her cruelty towards Yukinari as she's abusing him has hindered her from getting closer to him in terms of developing a romantic relationship. Despite being disgusted by Kosame's attempts to seduce her, and upset that Kosame was her first kiss, Kirie generally cares about Kosame. She also has an extreme dislike (although not necessarily "hatred") for Kazuharu Fukuyama. As with Yukinari, she has shown to attack Kazuharu (More commonly known simply as "Fukuyama") either before, after, or during, his elaborate and perverted schemes. She also is known for attacking him when he does something in general that displeases her, like making no attempt to control Lisa Fukuyama or Lilica Stacy, after one trained Mamoru Machida to go to extremes to keep the school clean, and the other almost indirectly destroying the school. Despite these numerous attacks, she almost always forgives him (somewhat) and has a small implied crush on him, shown only when he does something either heroic towards women, or something uncharacteristic to his usual perverted nature. It should also be noted that her attacks are usually based on professional wrestling moves such as the clothesline in episode 2 or the F5 in episode 15. She also has a tendency to say "GO (insert perverted action here) IN HELL!" as a finish to her attacks that the attacked supposedly committed.

She is a little slow to notice other people feelings as shown on second season, she didn't mind being harassed by people that had feelings for her but she didn't notice those feelings.

Because of her feeling feelings toward Yukinari she pretends to be innocent so normally any perverted action against her is met with a punishment but only if she is in front of Yukinari otherwise she wouldn't mind as shown in several episodes on the manga and anime she didn't mind cooking naked in front of her class mates on cooking class or being sexually harassed when she was alone without Yukkinari seeing her, she didn't mind that Fukuyama entered her home at night and took naked pictures of her.

Kirie has been Yukinari Sasaki's "best friend" ever since childhood, which makes them very close and she lives next door to him. It has also been shown many times in the series that she has a crush on Yukinari and it seems that she has deep feelings for him that pass friendship. 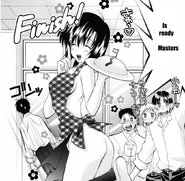 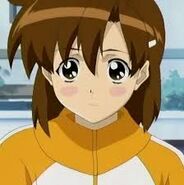 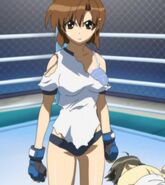 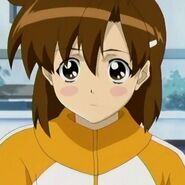 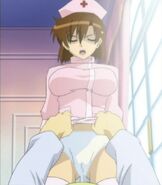 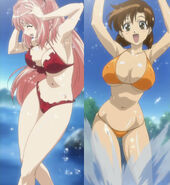 Kosame kisses Kirie on the lips 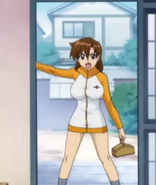 Even if she complained of the skirt being too short, Kirie picked up a book in the sluttiest way possible showing her ass as typical slut not only that she was in that position for several seconds.
Add a photo to this gallery

Add a photo to this gallery
Retrieved from "https://girlsbravo.fandom.com/wiki/Kirie_Kojima?oldid=5030"
Community content is available under CC-BY-SA unless otherwise noted.